of the District Line

as part of a season of celebrations

to mark the 150th anniversary

of the opening of the District Railway in 1868. 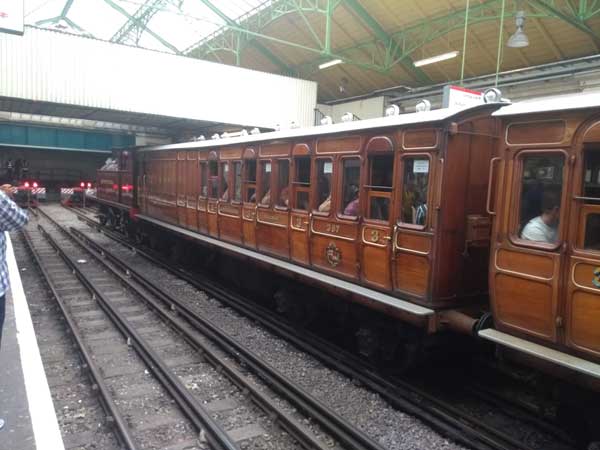 would be seen in central London on the Underground

due to the impending installation of a new signalling system on the network.

One locomotive, No. 5 John Hampden,

is preserved as a static display at London Transport Museum 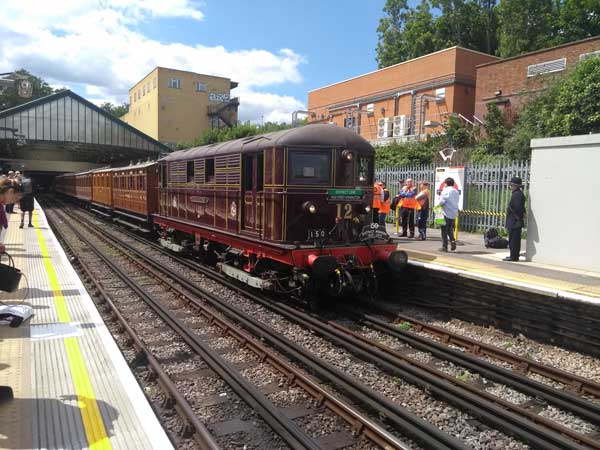 and another, No. 12 Sarah Siddons,

has been used for heritage events, most recently in June 2019

running in conjunction with Metropolitan Railway Locomotive No. 1

on steam excursions to mark the 150th anniversary

of the opening of the District Railway.